I know we are just limited to fans of the Potter-World and Percy Jackson And The Olympians novels, for now, but i realized we need to start a Cross-Over R.P, in which Humans, Half-Vampires, Olympian Demi-Gods, and Shadow-Hunters get to be used, leaving the likes of Demons and Olympian Monsters to whoever wants to be using the Villians, really.

I would like a few boys[Are you up for it, Champagne?] and a few Girls[Please be ready for it, Saphira and SwimmingGeek!]and i hope to find a leader for the R.Ping Party against the threats at hand in this R.P.

The Plot may involve traveling to Shadow-Hunter Country, as the party has to travel to uncover ancient Prophecies connecting the fate of all worlds together, before a group of Genuine Vampire Demons could get the Prophecies, first, and uncover them all, as Humanity's final fate would belong to them, along with the Universe, itself.

Let the Recruiting begin, as we gather Character-Profiles, shall we?

lol. I have a story I'm working on called Darkness Rising: Hunters of the Shadow War. It's a post-apocalyptic fantasy story about a rag-tag resistance group made up of kids, mostly teens, and a few lucky or resourceful adults as they fight a guerrilla war against a race called the Shadows that is invading from another dimension. This resistance group calls themselves the Shadow Hunters.

Anyway, sure I'll join. I don't know anything about Percy Jackson, but as for the world created by JK Rowling, that I can do. What ages do we want our characters to be?

Also, can you describe the world we'll be working in as thoroughly as possible? If you have maps that would be fantastic, or a wikia page.

I hope this is a start to finding links to pages that could help you learn about the other two worlds!

The link to The Mortal Instruments Wikia:
http://www.wikia.com/wiki/The_Mortal_Instruments

For the Mortal Instruments, this helps, as well.
http://en.wikipedia.org/wiki/Jace_Wayland#Jace_Wayland

And this is the website for The Mortal Instruments, i forgot to add, with the following link:
http://www.mortalinstruments.com/mortalfaq.html

Here's the Website for Percy Jackson And The Olympians, now.
http://percyjacksonbooks.com/

The wikipedia page for Percy Jackson And The Olympians!
http://en.wikipedia.org/wiki/Percy_jackson_and_the_olympians

Now the Wikia Page is missing, and it is all that's left.

Name: Raphael Sobrevino Age: 19
Species: Shadow Hunter
Appearance: Spanish look, black hair, dark-ish skin, dark eyes. Roughly 5'11"
Family: Only child, doesn't live with parents. Father is a drunkard, Mother too weak to do anything about it.
Personality: Because of a scarring childhood, Raphael is perpetually shy and quiet, often stuttering when speaking to new people. He hates loud voices, and arguments as well, and thunderstorms are a major fear.
Biography: Born in the slums of New York, Raphael had a good-for-nothing drunkard of a father, and a perpetually sick mother. Both parents, upon hearing the 'stories' that Raphael told about people wearing black clothing, chasing down other people and turning them into smoke and goo, were horrified. His father tried to beat it out of him numerously (Most of the time he was drunk, anyway) and his mother prayed for his salvation - clearly he was plagued by demons. When Raphael turned 18, and was legally allowed to leave his parents, he took up residence in a small flat above a restaurant. Taking a job at the restaurant was easy, life was simple, until he once again found those black-clad people...
Weapons: Bow and arrow, daggers.
Factions: ~ 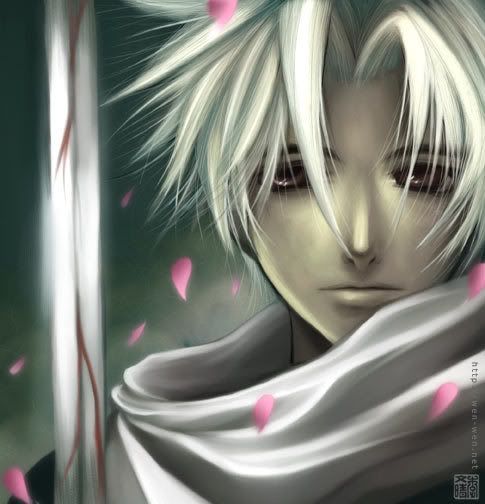 Family:First Son in the family, his father's a soldier in the U.S Military, his mum is a Witch, in more ways than one, and his younger brother is a powerful sorcerer/soldier, as well as an Author.He even happens to have a step-brother named Kyle Perry, who is a werewolf/vampire hybrid!
Personality:As a result of his Half-Vampiric Girlfriend's demise, at least in his eyes, Cross is a very distant soldier, who recently left the Military for a while, and keeps to himself, just to protect whatever is left of his broken emotional heart, since he now believes his girlfriend has died, which helps to explain why he is a mental Screw-Up, as it was already bad when alot of people he cared about began to die around him, earlier!
Biography:
[From the Journals of Lancelot Hercules Siegfried!]Javier Cross, happens to be one of the most talented, crafted, and gifted Sorcerers and Soldiers i have ever had the honor to help train, as his now-dead officers, including one of my best friends, Stelios, an African-American Human, and Cross's deceased uncle, Officer Pedro Luis Alvizu, a Psychic Sorcerer who spent the rest of his life taking care of his daughters and sticking with Auror Duties, would often note, over and over again, since they tend to raise everyone in the 501st Paranormal Magical Division like the family that we are, today...then again, i suppose that my Fiancee Ophelia Polonius and her older Brother[Not to mention my In-Law!] Laertes are also to thank for that, as well, i suppose.

Cross...realized that it was his fault that he turned someone he cared very deeply for, perhaps in more than just friendship, i noted, into..something else that would made anyone wishing to destroy the Universe, altogether, go after her, and it was because he gave her an elixer that had the blood of one of the 4 founders of Hogwarts, for that matter, at that, too.He also realized that he was a Genetically-Altered Super-Sorcerer of a special Project that is known and termed appropriately, The Omega Crusader Project...Cross happens to be the Silver Crusader, as the standard would go, as the project would also require a pure-breed type Crusader to be the Golden Crusader...that said, we haven't found the crusader, yet, but i suspect it must be Tiresias Ebony or someone else who must take the role!

Cross has now left the U.S military, which the 501st Paranormal Magical Division happens to be a part of, because of a lot of trauma he went through, and he couldn't take it anymore, and i won't fault him for that, as at least he left a note that said he was leaving the military...i gave him the consent to do so, out of General Adonis Springfield's orders to do so, so at least Cross won't be treated like a Deserter, really..i hope he may come back, but i understand if he will not.

I could only hope that if he has to use his Crusader Mode in kombat, which was a combined result of Genetic Alterations, and the Blood of both a Celestial Dracophoenix and Sorcerers in his veins, with side-orders of being from a Psychic Family, as well as having some amount of Angel Blood from the veins of his mother's Branch of the Alvizu Tree, where Pedro Luis also hail from, for that matter!

I could only hope that, now that Cross lost faith in the human emotional heart, that Cross would still have a Conscience, somewhere.[End Journal!]

Weapons:A wand made with Angel Blood and tears, and an unknown material with a Dracophoenix Core!As well as a sword named after the Archangel, Gabriel!